My real name is John Hänni. I was born in Papua New Guinea, into a Swiss family (1969). My parents worked there and I lived there up until I was 13. So I completed my primary school in this beautiful South Pacific country called P.N.G. After a year in Switzerland, I moved to London with my parents and brothers. There I attended a British Secondary School. After this school, I moved to Switzerland and became an carpenter apprentice. The apprenticeship lasted for four years.

One year after my training (in the summer of 1992) I met a beautiful "Bernese Bird", a girl from Berne in Switzerland. The song with the title "Moni" is also on my English album "Thirsty". This song describes our first meeting. In Spring 1993 I produced my first CD with my friend Matthias Steiner. The album was called "Numer One" and our names were "Mat & John".

In 1994 I married the beautiful Swiss girl named Moni. Since then we have had two sons, Tim and Jamie. Since 1997 we live and work in the mountain region of Switzerland. I work at Montreux-Berner Oberland-Bahn as a train attendant (host).

I produced my first Solo-CD (using my real name, John Hänni) titled "Buy Without Money" in 1998. The Mosaicstones team took this CD into their programm and since then we've built up a valuable collaboration. For many years I have had the desire to write and produce songs that have a deeper meaning and come straight from the heart. For this reason, songs like "Grief" were written. This song speaks about the child that my wife and I lost during her pregnancy.

I have a lot to thank my wife for. Without her support, I would never have been able to get so far. She always encouraged me to carry on, especially when other people discouraged me.

Shannon Davidson, an American, helped me bring out the best out of some of my songs. Matthias Heimlicher, a very talented musician and producer, made a crucial impact on several of my albums. Sam Hänni, my youngest brother was the main producer of my Pidgin Album (P.N.G.), an album that I produced for Papua New Guinea. He did a great job and the album was a big success in Papua New Guinea. I would like to thank my parents for enabling me to learn an instrument and take music lessons from an early age. I also thank them for their courage in investing 20 years of their lives for Papua New Guinea. My great thanks go to the Mosaicstones team, especially Jonas Baumann, for the professional and friendly cooperation.

Since April 2012 I work with Roger and Cornelia Lustenberger from Profimusic. I'm pleased over the three newest albums and I'm looking forward to further projects together!

Thank you for all who buy my music and support me!

Then I Found You: Single (nur als Downlad erhältlich): 2010
http://www.youtube.com/watch?v=Jjh3DZ-ypXQ

Listen To Your Heartbeat 2021


Music from the heart

The aim of Jay H's projects are, as the slogan says, to create music from the heart. That means creating songs with honest and authentic content, based on things that happen in his daily life, which include the musicians spiritual foundation.

A typical example ist the song "Grief", which speaks of the loss of a child during the pregnancy of Jay H's wife. He sings honestly and in a touching way about how he coped with the pain and how he gained new hope.

An important aim of the musician is to work together with TearFund. Jay H not only wants to touch people's hearts; he also wants to provide concrete help to people in need. TearFund helps the forgotten children in very poor countries. You can find more information here: www.tearfund.org. 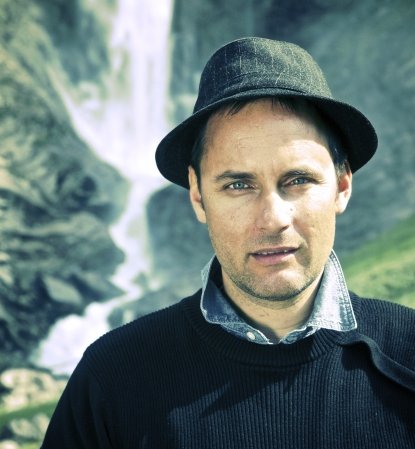