The Foreign-Swiss singer and songwriter, who was born in Papua New Guinea, just released his eighth album "Happy Life". At the moment his lifestory, which is also available as a book, in connection with his activities as musician and tourism professional, caused him to do a very special tour. Since over 20 years, he had the desire to reach each country in the world with his music. For a long time, this was an unrealizable desire, but Facebook made this possible: Since 2014, John Hänni visits new countries every week with a Facebook promotion (https://www.facebook.com/johnhaenni). He has already visited over 130 countries.

His music attracts big interest and through his multilingualism (English, German, Italian, French and Pidgin (language in Papua New Guinea)) John Hänni is able to respond very well to the many reactions out of the whole world. Motivated by more than 600'000 Facebook fans and over 120'000 views on his actual musicvideo "Travelling on My Own", the musician and manager of a holiday center in the Bernese Oberland continues his world tour until the last country is reached with his music. His new album "Happy Life" is a first result out of his world tour. The Name of the new album of John Hänni expresses, what the Foreign-Swiss singer and songwriter, who was born in Papua New Guinea, wants to reach with his music: Give the listeners a happy time. The 14 english Songs were produced by Matthias Steiner (DJ Bobo, Gölä, purpur, Lechaim, Tinu Schweizerhof, ...) and "Forever And A Day" is the first single out of it. 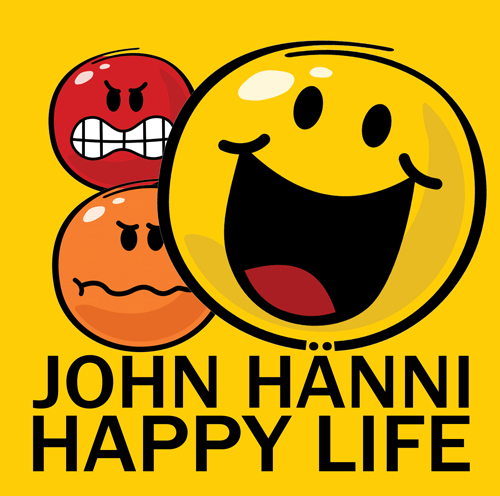 Buy as MP3 at Mosaicstones