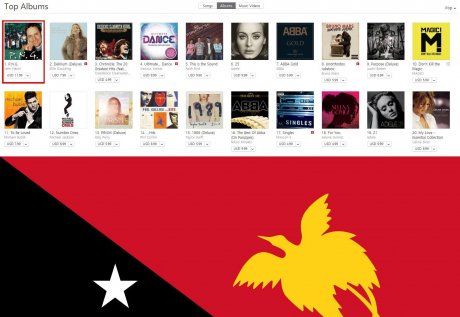 In December 2015 Profimedia and I launched my new album „Happy Life“.

The songs are about all aspects of life, about being happy, sad, frustrated, motivated and also focussing on the needs of other people. My son Jamie recorded his own first song professionally, which is track no.9 on the CD. I also wrote a brand, new love song for my wife, which is track no. 6.

In January and February 2016 the first song oft the new album reached the Top 20 of the most played songs on Radio Swiss Pop (one of the largest national radios);

In mid year 2016 one of my 8 albums called P.N.G. reached the top iTunes pop rank in Papua New Guinea, the land where I was born and lived until the age of 12.

Today my Facebook World Tour has reached over half of the globe and we have won over 100'000 fans!  http://www.facebook.com/johnhaenni

Thank you so much for your support and interest by staying tuned!

Best wishes and blessings to you all and if you have an account, please follow me on Spotify!